On 2-3 June 2022 ArmEn team member Armine Melkonyan presented the Commentary on the Gospel of Mark by the 13th -14th century armenian author Basil of Mashkevor at the second MARK16 online conference The Transmission of Mark’s Endings  in Different Traditions and Languages (https://claireclivaz.hypotheses.org/2208). 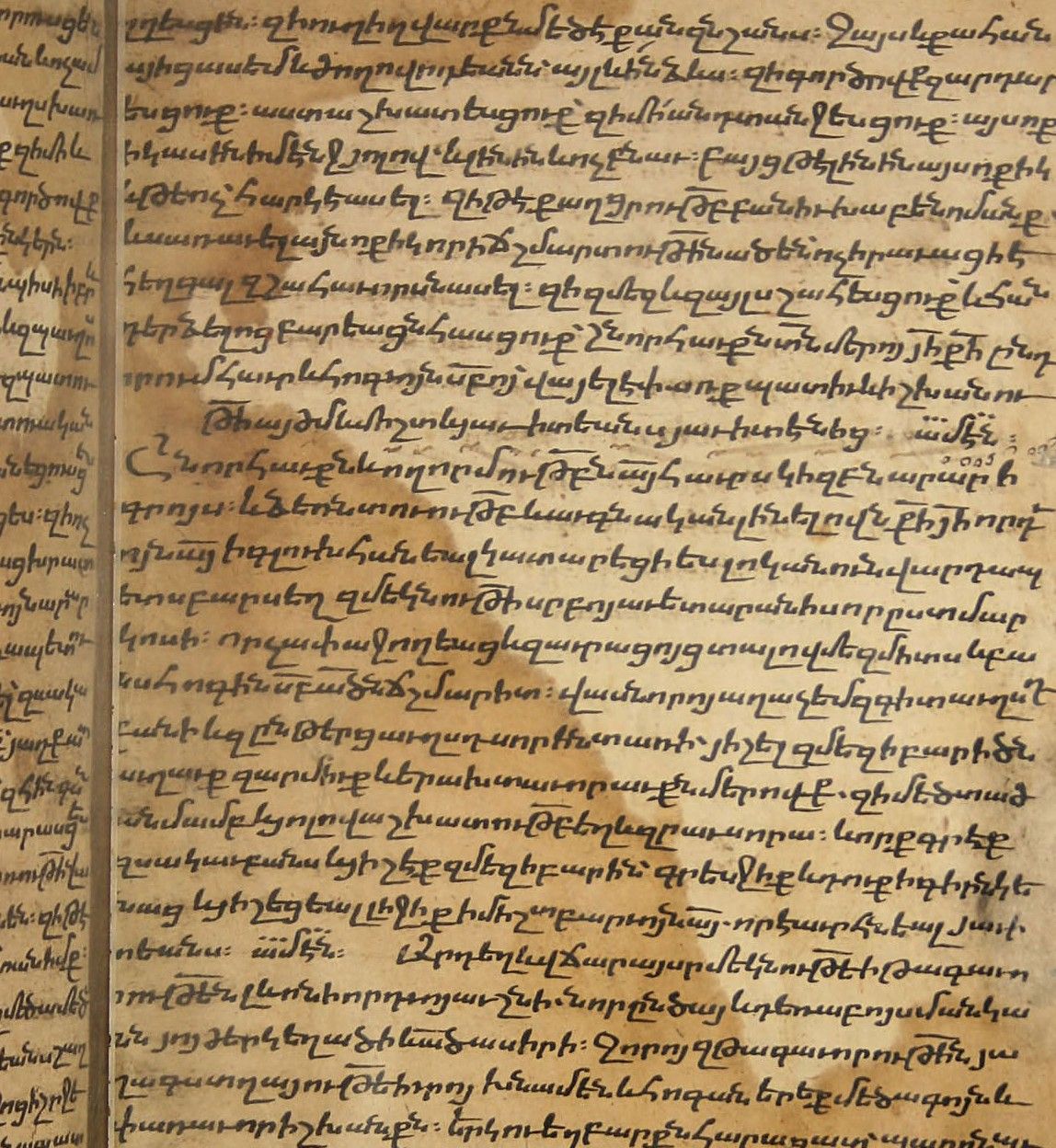 It is fortunate that Basil's autograph is still extant and is housed at the Matenadaran-Mashtots Institute of Ancient Manuscripts. According to the colophon, the Commentary was penned in 1325, in the monastery of Mashkevor in Cilicia, during the reign of King Levon V (1320-1341) and Catholicos Constantine Drazarktsi (1323-1326). Basil expresses high praise for Cilician secular and ecclesiastical leaders for their efforts in establishing peace in the region. He then recounts his travels to Egypt where he met the Mamluq sultan al-Nasir Muhammad and “transformed his severity and displeasure into tenderness and sweetness”. By this he was referring to the fifteen-year peace treaty that this sultan

and the Armenian Catholicos Constantine Drazarktsi had signed. Basil speaks highly also of the abbot of the Mashkevor monastery, the Bishop Hayrapet, whom he describes as “a mild and good-natured man who took care all of our physical needs and, as a father, comforted and consoled us in pain and sorrow”.
The autograph consists of 308 folios and is divided into 43 chapters. Discussing various  textological issues, Dr Melkonyan 'constructed' the biblical text used by Basil, finding out that he made slight additions to Mark 16:17 and 16:18 (presumably based on a Greek exemplar) in order to make the Armenian text closer to his perception and interpretation of the given verses.
The addressee of the Commentary was the ‘ordinary people’, and the author Basil was very well acquainted with their daily life and problems. He explains biblical events in light of his own historical context, emphasizing their relevance to the everyday life and deeds of a Christian. His characters are diverse, of different social classes, ages and sex, including kings, princes, physicians, soldiers, merchants, rich and poor people, women, men and children. The given examples are not just allegories, but, based on them, one can form an idea of the relationships between different social classes, their attitude towards each other, moral values and everyday life, as the Commentary is "spiced" with scenes representing the daily life of the time. In this regard, the Commentary provides a good basis for studying the social relations of the time.
The explanation of some of the chapters and verses is followed by an “Exhortation”, which represents a moral conclusion of the issues discussed. For example in the exhortation, following the interpretation of Mark 16:9, where Basil speaks on repentance, grace and punishment, he preaches that being a christian is not as difficult as it might seem:  “Does He (God) keep you away from your wife? No, only from fornication. Does He keep you from enjoying your property? No, only from having greed. Does He say we should give away everything? No, just a little to the poor. Does He say that one should fast every day? No, but stay away from drunkenness. Does he disapprove of pleasure? No, only the one that is detestable and impure. Then why are you afraid, for there are things for you such as a married life, enjoyment of wealth and sensible pleasure?”.
The ​proceedings of the conference will be published as a thematic issue of the COMSt Bulletin.
Share