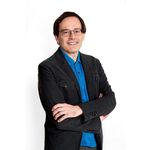 Marco Bais is Associate Professor of Ancient Armenian and History of Armenian Church at the Pontifical Oriental Institute, Rome. He is currently a committee member of the Association internationale des études arméniennes (AIEA) and editor of the Association’s Newsletter. His main interests lie in Armenian history in Antiquity and Middle Ages, with a focus on the relations, both political and ecclesiastical, between Armenians and their Caucasian neighbours, Georgians and Albanians. He is the author of the first monograph in a Western European language on Caucasian Albania and of a number of articles on the linguistic and textual interactions between Armenia, and Greco-Byzantine culture on the one hand, and the Iranian world on the other. His studies have also addressed the relations between the Armenian Kingdom of Cilicia and Western Europe – with a particular attention to the trade treaties concluded between the Armenians and the cities of Genoa, Venice and Messina – and Armenia in the Mongol and Timurid periods. In this rigard, he is preparing an annotated translation of the History of Tamerlane and his successors by T‘ovma Mecop‘ec‘i.