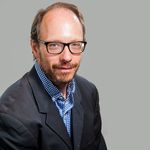 Dr. Sergio La Porta is the Associate Dean of the College of Arts and Humanities and Professor of Armenian Studies at California State University, Fresno. He received his PhD in Armenian and Near Eastern Studies from Harvard University in 2001. In addition to publishing studies on the Armenian commentaries on the works of Dionysius the Areopagite, he has written articles on medieval Armenian intellectual history and cultural interactions with the Islamicate, Byzantine, and Latinate worlds. With Alison Vacca, he has just completed a new translation, edition, and commentary on the eighth-century history by Ghewond which will be published in the LAMINE series of the University of Chicago.