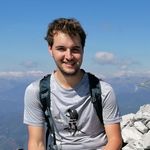 Leonardo Squilloni is a medieval archaeologist, specialized in “Light Archaeological” research: landscape and archaeology of built structures. His studies have focused on late medieval rural dynasties, on one hand, and communication routes, on the other, in Tuscany (Italy) and Vayots Dzor (Armenia).
Since 2017 he has been a member of the project “The Making of the Silk Road in Armenia (cc. 7th -14th)”, which started in 2014 as a collaboration between the University of Florence (Prof. M. Nucciotti) and the Yerevan State University (Prof. H. Petrosyan). In 2020 he defended his MA thesis which applied methods of light archaeology to three medieval caravanserais (second half the 13th to mid-14th cc.) located in Vayots Dzor and Syunik regions (Armenia). He analysed these in the framework of long-range connectivity within Eurasia and the place of medieval Armenia in wider communication networks.
In November 2021 he started a Ph.D. in History within the project ArmEn, at the University of Florence. The preliminary title of his dissertation is: “Material entanglements in medieval Armenia: changing powers, religions and topographies in Dvin and its Hinterland (9th -14th cc.)”. It will focus on changes in the urban layout of Dvin, as well as on the analysis of architectural and ceramic production in this most important medieval site. Through the analysis of Dvin’s material culture between the 9th and 14th cc. the study seeks to understand the relationship between Armenian inhabitants of the city and the different ruling élites that controlled it (especially Muslim dynasties in the 10th-12th cc. and the Mongols in the 13th c.), as well as the movement, establishment, and co-habitation of different ethno-linguistic and religious groups in Dvin. Whether and how the production of pottery and buildings were influenced by political and cultural contacts between the inhabitants of Dvin and the wider Eurasian area, is one of the central questions of this research.
Share