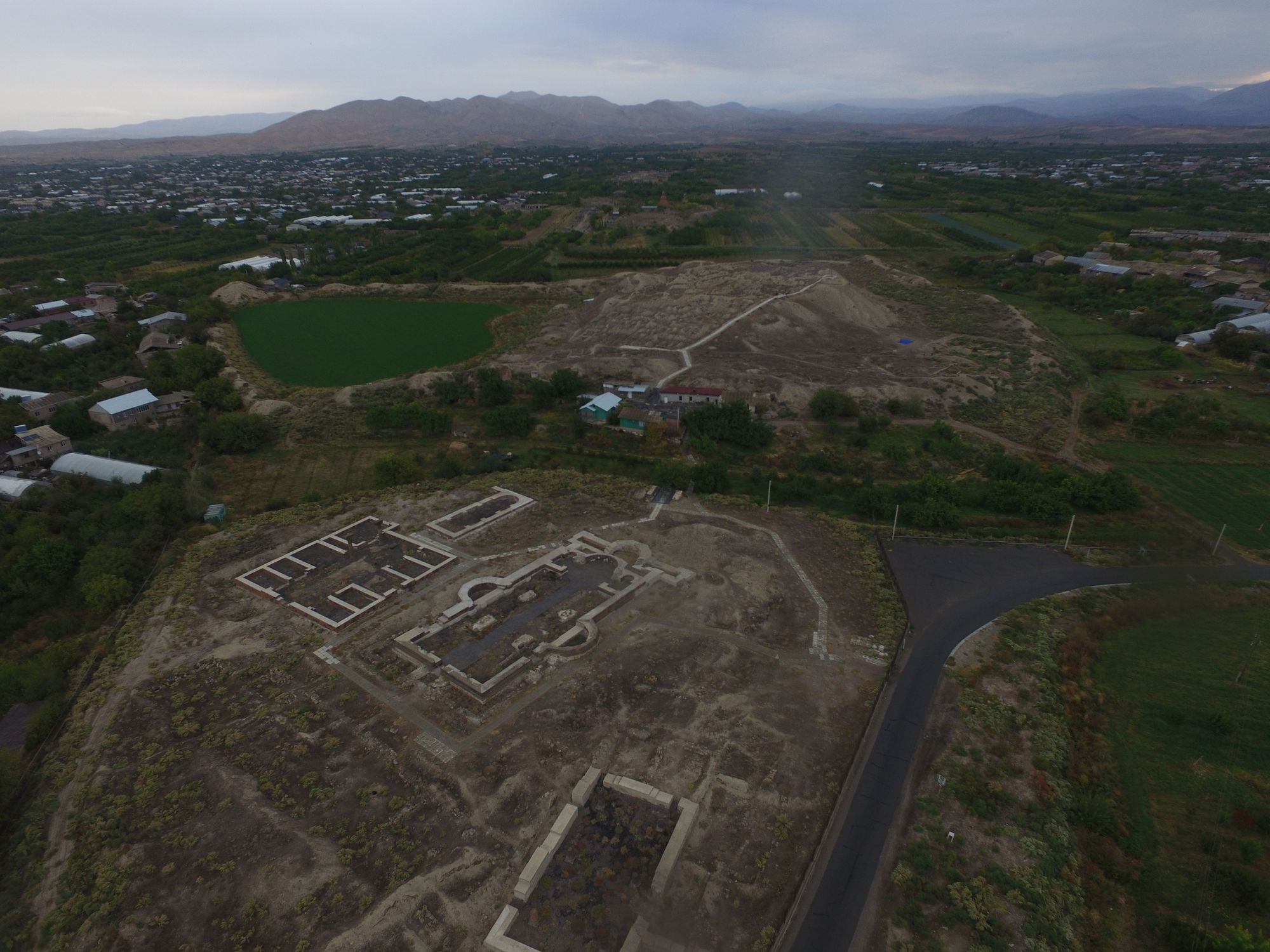 The Italian Ambassador in Armenia Alfonso de Riso demonstrated a vivid interest in the activities of the Armenian-Italian expedition, inviting the team for a reception at the Italian Embassy. 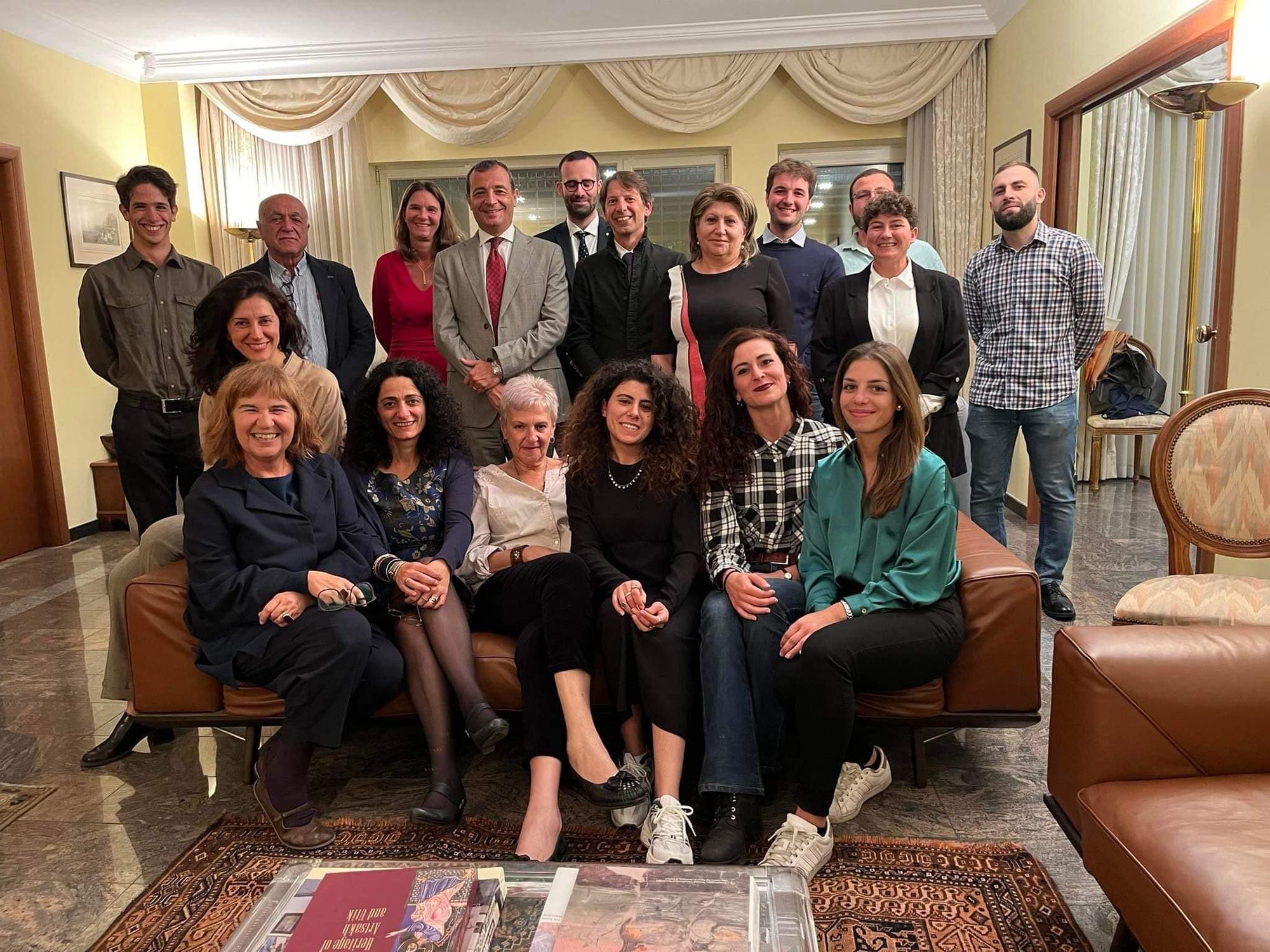 Moreover, on October 15th, together with his wife Corinne Zeltner, the Ambassador visited the site and the excavation areas guided by Professors Petrosyan and Nucciotti.
The geographic historian and public intellectual Ruben Galichian was also present at the visit, remarking once again on the importance of Dvin and the significance of continuing archaeological research on this site. 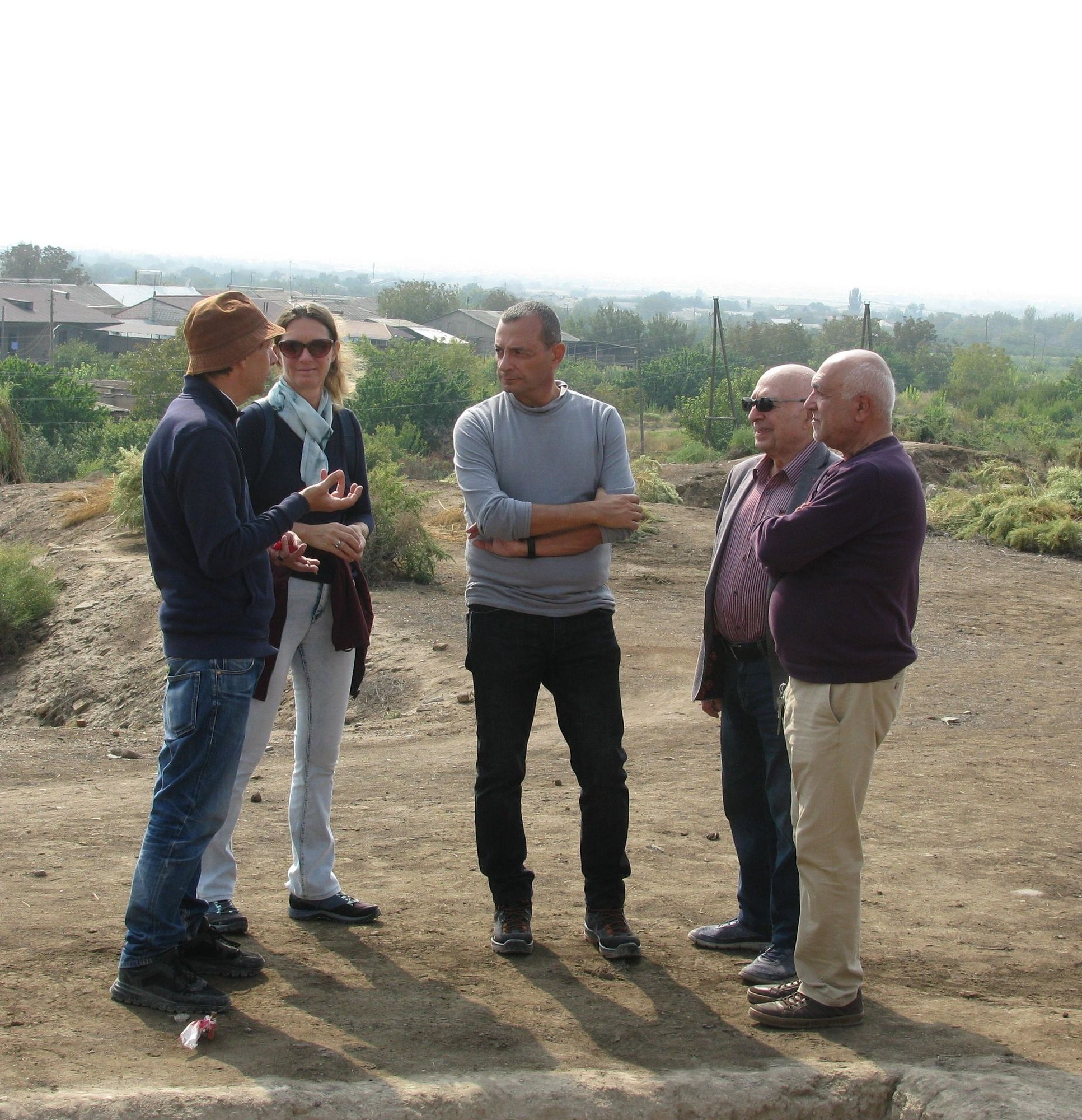 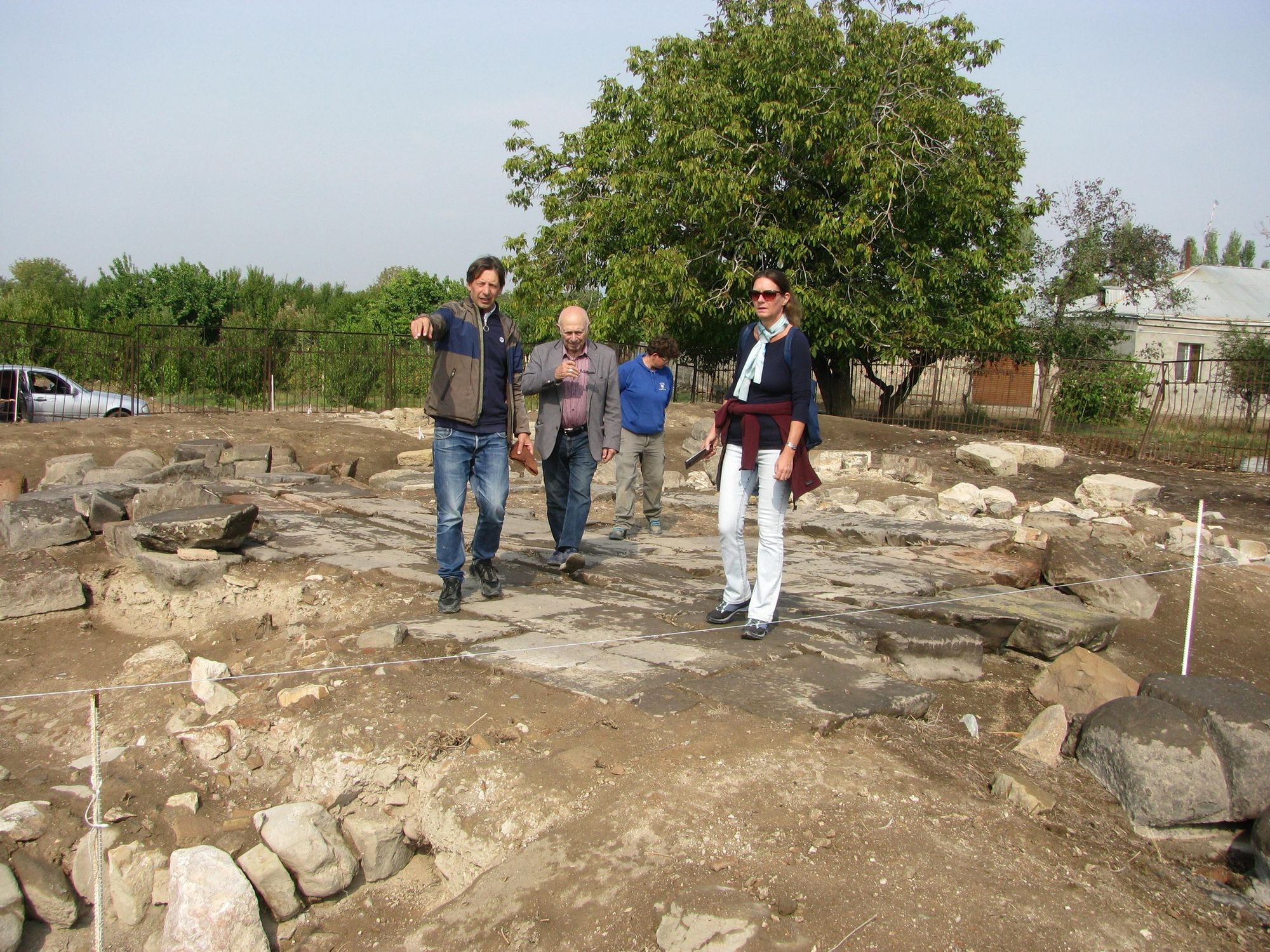 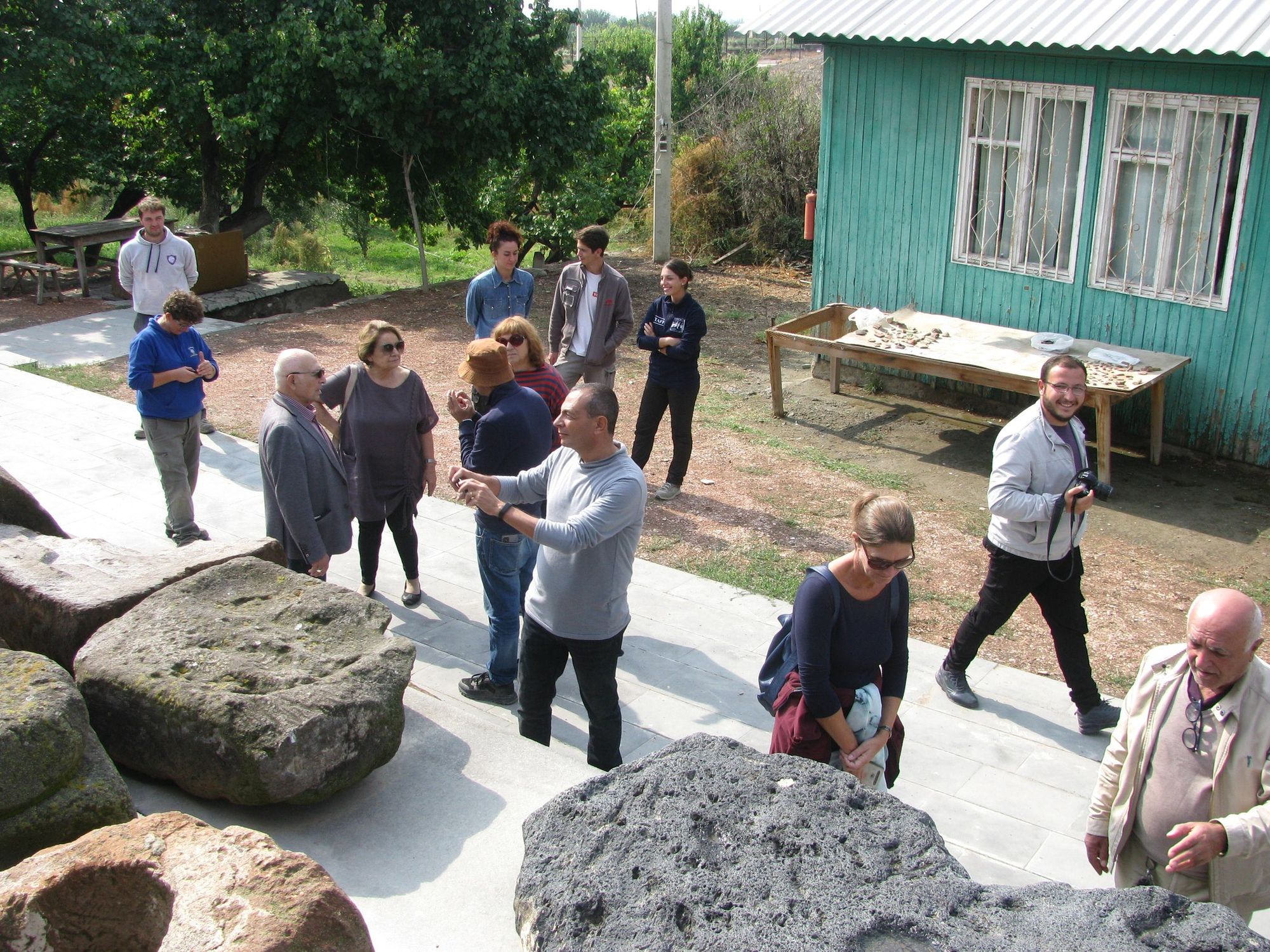 Last year’s excavations in the so-called “South Tower” area were resumed, with the purpose of going deeper and enlarging the excavation square. Here, thanks to a micro-stratigraphic analysis of the archaeological deposit it was possible to identify some activities related to the occupation and use of this part of the city, most likely relevant to its last phases or its period of decline. 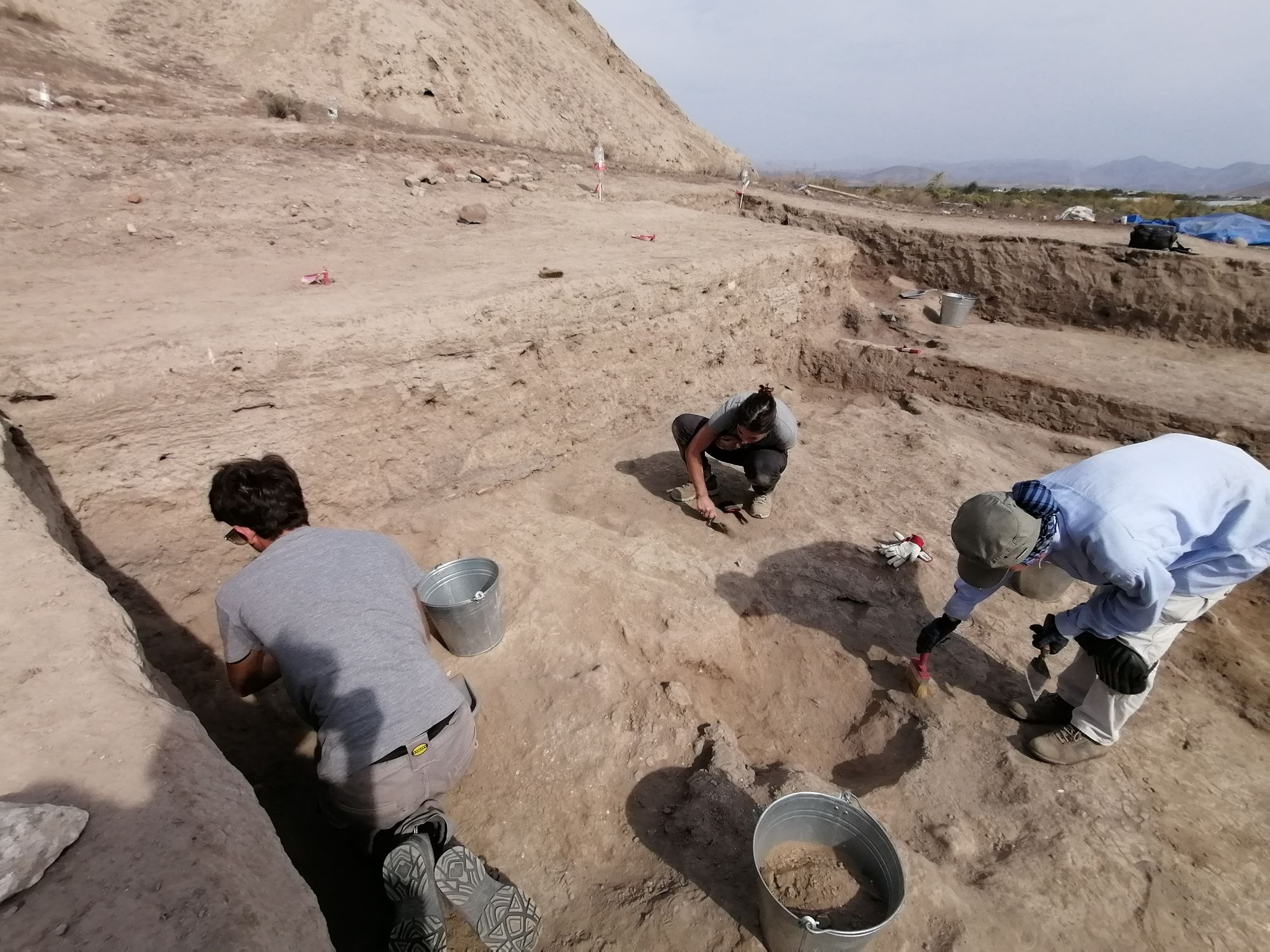 New excavation squares were opened in the so-called “Market”, where multi-phase structures had already been unearthed last year. Extensive work allowed to uncover other structures that will give us new data about the function and the period of activity of this part of the city. At the same time, a new small square opened in the northern portion of the area will permit a micro-stratigraphic analysis of transformations of the area surrounding it. 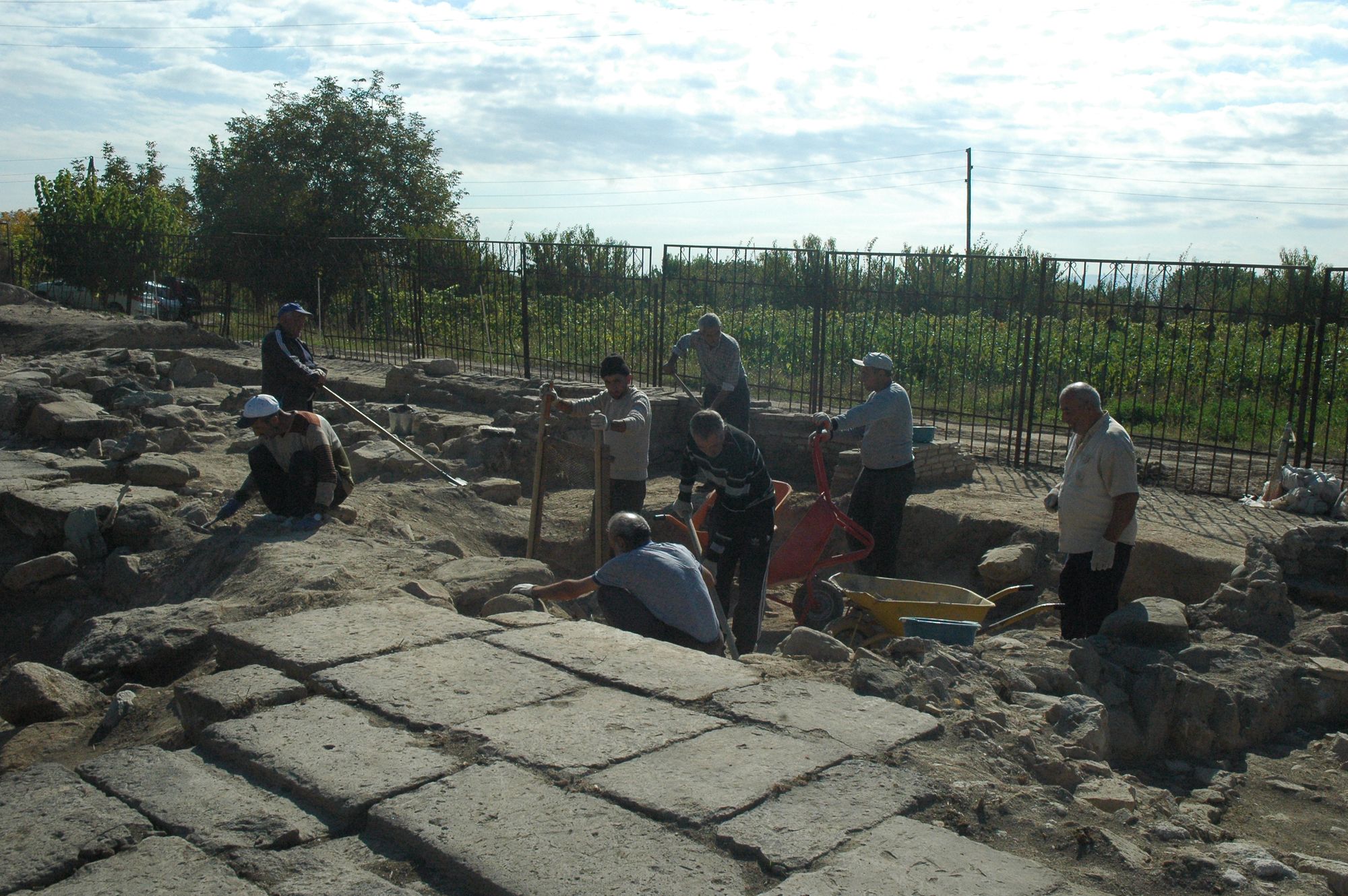 Besides excavation activities, massive archaeological surveys were conducted thanks to the use of drone photogrammetry and a laser scanner. Surveys of the entire site, including defensive walls’ remains in the nearby villages, were integrated with high-quality laser scanner surveys of the “Lower Fortress” area, creating a dataset of visual information useful both for archaeological and conservation purposes. 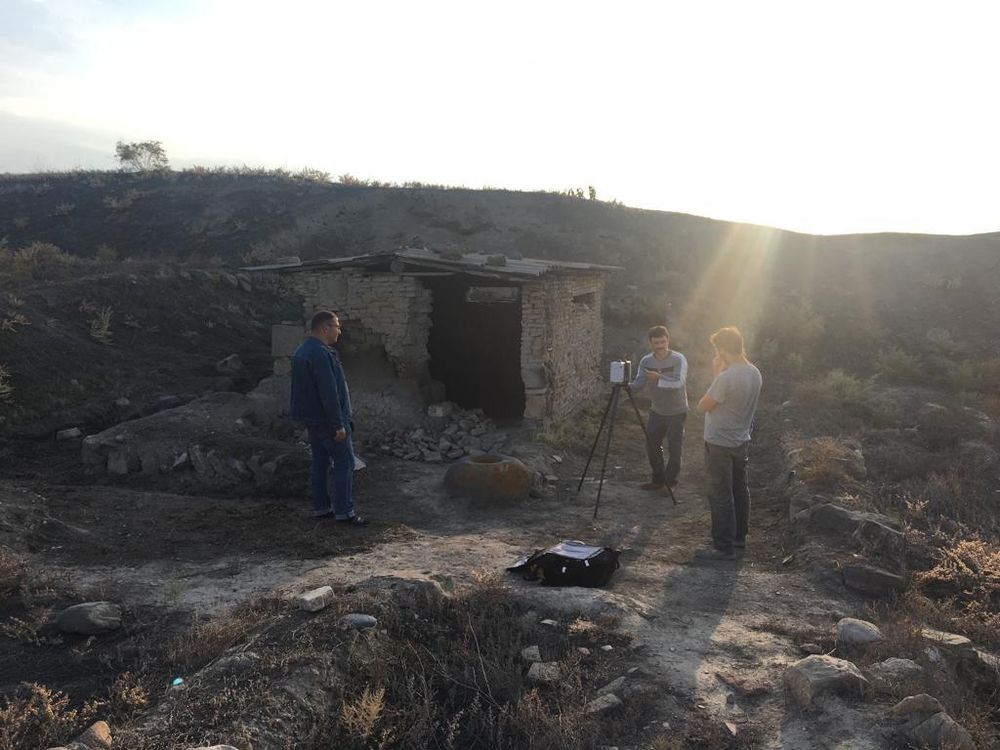